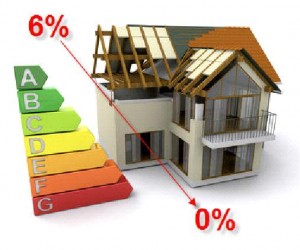 At this end of year 2014 a fog of controversy surrounds the future of real estate purchases in Israel because of the project of a new law about not subjecting to VAT the first purchase of property in Israel, which was proposed by Yair Lapid from the party Yesh Atid. On Monday an emergency meeting with the presence, among others, of the Interior Minister Gilad Erdan, the Minister of Information Yuval Steinitz, Minister of Transportation Yisrael Katz and the Chairman Zeev Elkin coalition was scheduled, but it has been canceled at the last moment by Netanyahu and what’s more all the efforts to pass the new law have failed because of Avigdor Lieberman, the foreign minister of the Israel Beytenu party, who succeeded in canceling the vote who was to take place this Monday too. The Yesh Atid party was understandingly very upset and is now threatening to withdraw from the coalition if this project does not pass. Right now the acquisition tax for a first property is up to a maximum of 6% of the purchase price, but it depends on whether the buyer it is a new immigrant, a tourist or an Israeli citizen.

In the whole world the current political situation is not in good shape and the increasing number of attacks taking place almost daily in many countries such as Belgium, the Netherlands, France, Ukraine and elsewhere, is aggravating but it only serves to increases the Aliyah from all over the world and that can be seen in the two last years since 1,800 new immigrants arrived in Israel in 2012 and in November 2014 the number exceeded 6,100 and is likely to reach 6,500 at the end of December. Several estimates were made and the conclusion was that the current growth will continue and probably even increase in 2015.

As for the current real estate offer in Israel, is it really able to cover the day after day increasing demand? Yes, absolutely. There is a real boom in the construction area in the country and new projects are started every day in every town such as Tel Aviv, Jerusalem, Netanya, Herzliya, Rishon LeZion and all the other cities. To tell the truth it is not only the purchases who are on the increase but also rentals since many of the new immigrants want to first get acquainted with the country and its people and look at the opportunities and education possibilities before deciding on the place of residence that will suit them best.

Ba-Hit, one of the best real estate agency in the country, offer a huge selection of real estate properties of all types from small studios to large villas with all the possibilities in between and it includes all kind of apartments or cottages and whether it is for a purchase or a lease. Many tourists from all countries are also looking to rent a short-term housing for a few months just to get a feeling about the country before deciding if they want to make aliyah. Ba-Hit’s team is not only able but also happy to help them find what they are looking for, both in the short-term rental or for information about the country itself.